The Upside To Absenteeism – Why Presenteeism Is Just As Damaging 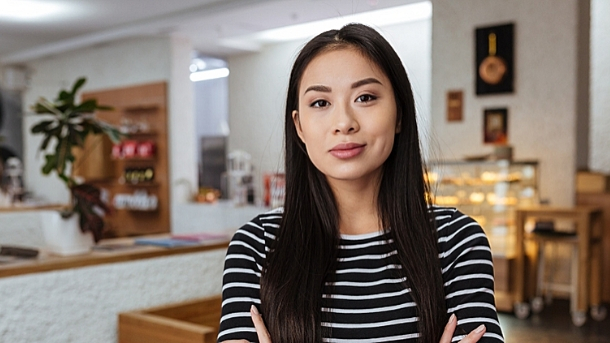 Widespread and frequent absenteeism are certainly big problems for businesses, but sometimes being absent from work needs to be encouraged.

While productivity is certainly impacted by people missing from work, it can be just as affected by people showing up when they shouldn’t.

Issues of presenteeism, spreading of illness and leave hoarding all have impacts on productivity that can be alleviated by staff staying away from work when they need to.

If staff show up to work but are unproductive because they feel unwell, are distracted by personal issues or are disengaged from their role they are suffering from presenteeism.

Presentee staff can be harder to detect and address than absent staff. They may appear as though they are working but over time can be producing less and less.

A staff member absent to illness, or fatigue for example, will lose 100% of their productivity for the one day they stay home to recover. Meanwhile, a presentee who “soldiers on” through a cold may lose 30% each day for the week and a half their cold lingers for. In this way a presentee costs the business 16.4 hours of work rather than the eight they would have lost if they took a single sick day to recover.

What Is Leave Hoarding?

“Leave hoarding” is another issue affecting productivity. Where staff are holding onto their annual leave, they’re effectively burning themselves out. By not taking the 134 million owed leave days that go unused every year, Australians are more likely to be fatigued, stressed susceptible to illness, and be absent or underperforming.

Where company cultures exist that make taking planned leave difficult – either because it is frowned upon, puts strain on teammates, or means time sensitive work just won’t get done – businesses leave their workers primed for leave hoarding and the subsequent unplanned absences that result.

How Can Coming To Work Sick Increase Absenteeism?

When employees believe that any absence is frowned upon (even when they are entitled to sick leave) they are likely to “soldier on” and come to work when they’re sick. When they do this they threaten productivity in 3 ways.

First, they are prime candidates for presenteeism –  as their body fights an infection, they fight to have the energy to concentrate and be fully productive in their day.

Secondly, they risk being absent in future for longer. According to Danish research – showing up to work can actually prolong the duration of cold and flu by two weeks meaning that by refusing to rest for one day, they are likely to suffer presenteeism for several days or make themselves feel worse and require more than one day absent from work to recover.

Finally, workplaces are built to spread infection. Working in close proximity with others, sharing meal prep and bathroom spaces and working in environments with recirculated air all contribute to the spreading of germs. When and unwell worker brings an infection into this environment for the sake of showing their commitment to work, they risk multiplying their own productivity losses by making their coworkers ill.

Due to the effects of infection, burnout and presenteeism, employees who continue to show up to work when they need a physical or mental break amplify their own productivity losses as well as lost productivity in others.

For this reason, creating and maintaining a culture where people feel like being absent from work is frowned upon, can be even more detrimental than a culture that sees a few “chucked sickies.”

It is important that businesses identify a reluctance within their team to take proactive absences, such as annual leave, sick, mental health or personal days and examine the cultural pressures behind them.

Alleviating some of this pressure to come to work could be as simple as staff knowing that there are temporary staff ready to take care of their time-sensitive or hourly paid tasks – so that they can rest without worrying about letting their team down.